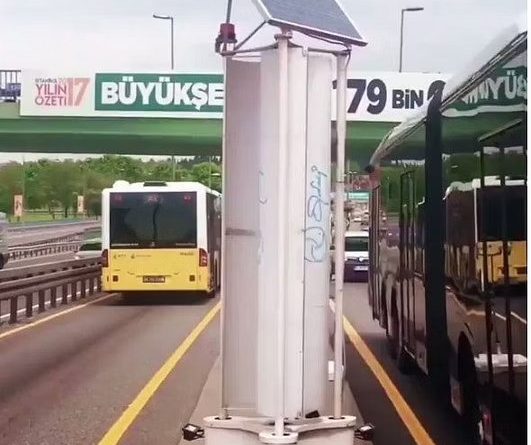 Earth has limited resources from which people take benefit, world is moving more green resources which are good for the planet too. A certain invention was developed keeping this in mind which uses wind energy. A wind turbine that generates power from passing traffic is the latest clean energy breakthrough which can be seen on the streets of Istanbul, Turkey.

The device named as ENLIl, is able to harness air currents created by running vehicles to produce energy along with solar energy at the same time. Many new startups are working to bring a change in the nation. One such startup known as  Devecitech is working alongside the Researchers at Istanbul Technical University. This production of energy depends on many factors and ENLIL’s long, unobtrusive, upright blades are powerful enough to produce one kilowatt of energy an hour.

The wind energy in turbines and solar panels produces enough electricity to power the two medium-level houses for a day. The turbines are not that large and they can be easily placed next to each other so that vehicles can easily pass. This technology has a fair advantage over large-scale area wind turbines which needs ample space.

But ENLIL’s environmental benefits don’t end here. The turbines come with many other advantages as they can also harness a number of smart technologies that track the temperature, humidity, carbon footprint, and earthquake activity of the surrounding area.

Seeing this we can hope to have more eco-friendly startups with innovations that can generate energy from green earth and help in filling needs without compromising one satisfaction. 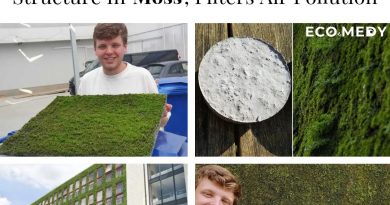